The Garriga Law Firm has a reputation throughout the Midland-Odessa, Texas and New Mexico legal communities for aggressively fighting and obtaining recoveries from corporations and insurance companies on behalf of accident victims in personal injury cases and families in wrongful death cases.  The Garriga Law Firm is well-known  to provide effective, aggressive and honest legal representation.

About the Founding Partner 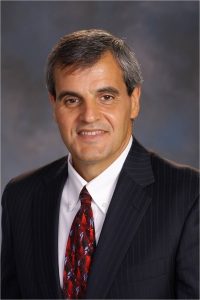 Bar Memberships and Courts of Practice

Over the course of his career, Mr. Garriga has recovered millions of dollars for his clients, including several multi-million dollar jury verdicts. In 2003, Mr. Garriga won the largest actual damage wrongful death jury verdict in Texas and the United States which exceeded 163 million dollars.

For over 30 years, Mr. Garriga has fought insurance companies and big corporations and has brought justice to the people and families he represents. Mr. Garriga realizes it’s difficult when you or a loved one becomes a victim of an accident. During such a difficult time, individuals and families should not be left alone to protect themselves against corporations.

OVER 30 YEARS OF EXPERIENCE

The Garriga Law Firm serves individuals and families throughout Texas and New Mexico in many different types of personal injury and wrongful death cases involving:

At The Garriga Law Firm, we have a simple philosophy:

Our focus is you and your best interests. We provide personal attention to each individual we represent. Our motto, “Justice is for those willing to fight,” demonstrates our commitment to pursuing your case to trial or appeal, if necessary, to obtain the justice you rightfully deserve.